The Sonora Chime Company was incorporated in Albany in October of 1906 for the purpose of manufacturing chiming mechanisms.

The company held a patent on a new style of chimes that consisted of nested bells with apposing resonating chambers. This new design gave a particularly pleasant sound in a compact package. 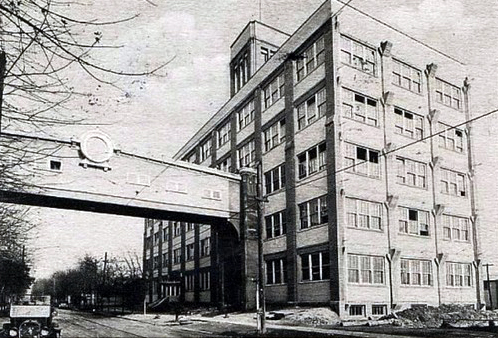 The company produced some clocks under its own name, but within a short time, the company either licensed or sold their patent to Seth Thomas.

With success from sales of their Chimes, the company elected to branch into the booming market for phonographs. These early Sonora phonographs appeared in late 1907, and were partially or wholly sourced from E. Paillard & Cie, St. Croix, Switzerland, a well known manufacturer of quality music boxes. Sonora’s tone arm incorporated a spring mechanism that pulled the arm towards the center of the record. It was anticipated that this feature would circumvent the Berliner patent held by Victor that called for the record grooves to propel the tone arm across the record. The courts ruled that the spring did not prevent the Sonora from violating the Berliner patent, and sales were stopped. It appears that very few of this design Sonora were sold.

In April of 1910, Sonora introduced a new line of phonographs. These machines ranged in price from $25 to $200 and all featured concealed horns and the ability to play all records (Pathe and Victor styles). These new phonographs utilized an unusual linear tracking tone arm with a mechanical feed screw. The company, now called the Sonora Phonograph Co. was using the slogan “Clear as a Bell”, a fitting and clever reference to their now famous chimes. Again, the court ruled that the Sonora violated the Berliner patent, and the company was forced into bankruptcy on November 16. 1911.

The company was purchased out of bankruptcy by businessman George E. Brightson. The Berliner patents were soon due to expire, and Brightson was able to secure licenses for other critical patents. Now Sonora was able to market a phonograph capable of playing all brands of records including Pathe Sapphire discs, the familiar Victor lateral discs, and the new Edison Diamond Discs.

In 1929, after failing to be competitive in the radio field, the company merged with the Federal Radio Corporation, one of the well-known brands of the era, but by early 1930 the company was again bankrupt. In 1931, seven Sonora officials were brought to trial, charged with mismanagement and diversion of profits for their own benefit. The Sonora name lived on in subsequent rebirths through the 1950s.