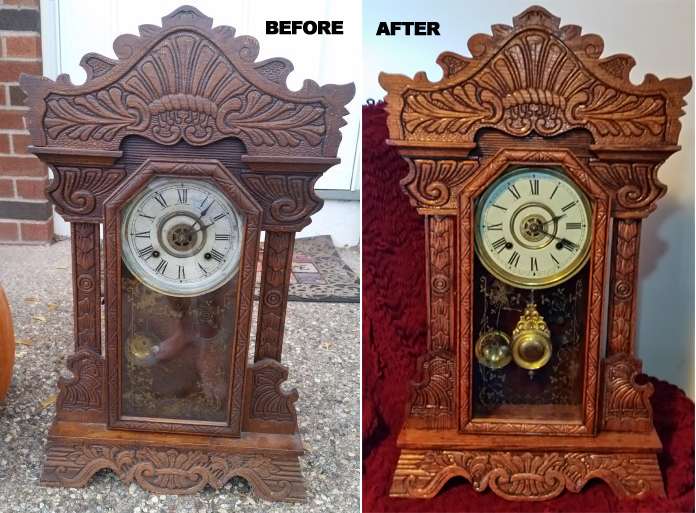 By 1860, the firm employed 300 men and 15 women and was producing about 170,000 clocks a year. In 1866, the old Jerome factory was destroyed by fire, but a new brick factory was soon built which survives today with many additions. Their working force had increased to 460 men, 52 women and 88 children by 1880 and nearly half a million dollars worth of clocks were produced that year. Non-jeweled pocket watches were added to the line that year and were offered until the 1950’s.

New Haven had trade connections with Jerome & Co. Ltd., an English sales firm which continued business independently after the bankruptcy of the Jerome Manufacturing Company in 1856. By the 1870’s the firm was using the trademark “Jerome & Co.” on some of their products and purchased the entire English operation in 1904.

For years the Directors of the New Haven operation had drained the resources of the company with large dividends and by 1890 they were in serious financial condition. Hiram Camp (1811-1892), founder and long-time president, resigned as president in September, 1891 and his successor Samuel A. Galpin struggled to keep the firm afloat. They nearly went into bankruptcy in 1894 but raised enough money to continue until March of 1897 when the firm was reorganized.

In 1902 leadership of the firm passed to Walter C. Camp who is better known as the “Father of American football.” However, Camp modernized the watch-manufacturing department in 1904, resulting in cheaper production costs, and had wristwatches added to the line in 1915. Camp was succeeded in 1923 by Edwin P. Root.

When Richard H. Whitehead succeeded Root as president of the firm in February, 1929, it was again in financial trouble. This worsened when the Great Depression hit in November of that year but Whitehead’s able leadership kept the firm operating with growing profitability through the time of World War II. From 1943 through 1945, the firm was involved almost totally in manufacturing war products.

In March of 1946, the firm resumed clock and watch manufacture and was reorganized as the New Haven Clock and Watch Company. That year it fell into the control of foreign inventors involved with Swiss watchmaking interests. Whitehead resigned as president and thereafter the firm deteriorated steadily. In 1956, it was reorganized under Chapter X of the bankruptcy act and in 1960 the operation ceased and the clock manufacturing facilities were sold on March 22-24, 1960 at public auction and by private negotiation. 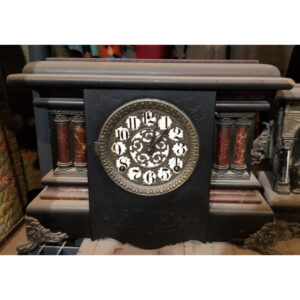 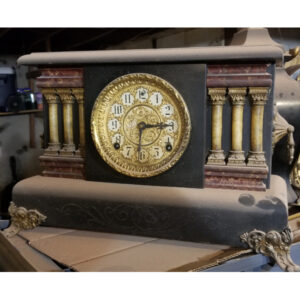 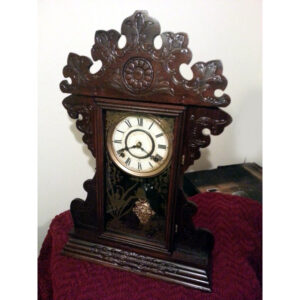 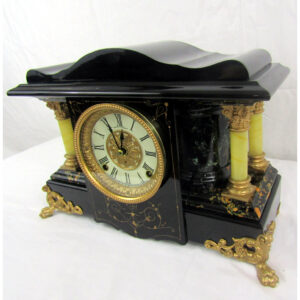